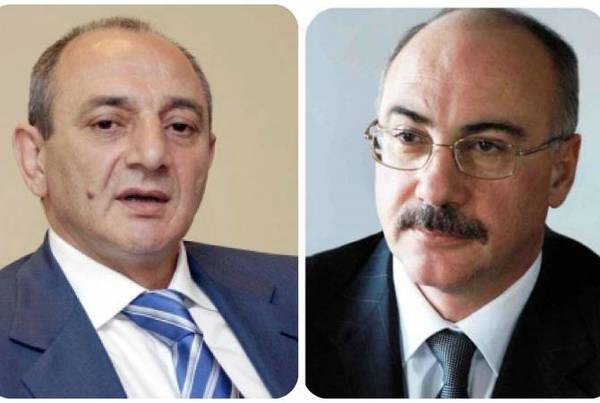 Sahakyan and Ghukasyan are seeking the release of Kocharyan from jail and have petitioned personal guarantees to the Yerevan court.

Arkady Ghukasyan was President of Artsakh from 1997 to 2007.

The judge had said the petition requires them both to be personally present in court.

Robert Kocharyan, who also served as President of Artsakh from 1994 to 1997, is facing coup-related charges in the 2008 post-election unrest case, known as the March 1 case.

Artsakh’s President Bako Sahakyan and former President Arkady Ghukasyan had earlier petitioned to the Prosecutor General of Armenia requesting Kocharyan’s release from jail, but the prosecution said the request is misaddressed since the case is already in court.

The March 1 case refers to the 2008 post-presidential election unrest in Yerevan when eight protesters and two security officers were killed in clashes during large demonstrations against alleged vote rigging. Kocharyan was the outgoing president at that time. He is accused of unlawfully ordering the military to interfere and disperse the protests.

Robert Kocharyan is charged with...

Armenia 2nd President’s attorney: Top secret Order No.0038 is not about use of troops

How Not to Run a Government, And Get Dethroned by the People