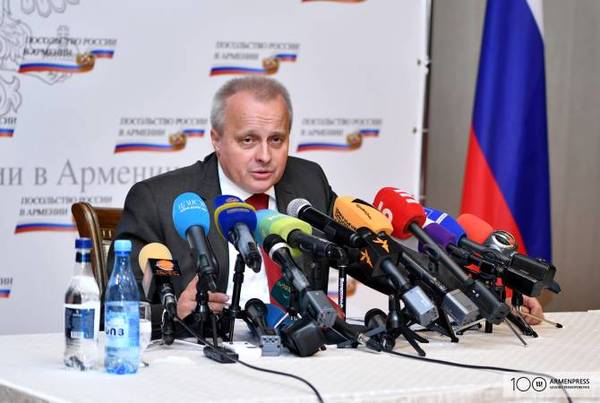 Russia’s Ambassador to Armenia Sergey Kopyrkin says he has no information on ex-official Mihran Poghosyan being granted asylum in Russia.

“If Mihran Poghosyan is in Russia this doesn’t mean that he has received political asylum, as far as I understand. The talk about Poghosyan is about legal procedures regarding the issuance of corresponding documents,” the ambassador said at a press conference.

Asked about Vahagn Harutyunyan, a former law enforcement officer in charge of the March 1 case who is also wanted and is in Russia, the ambassador told reporters to address respective bodies. “You must address relevant bodies. The citizenship issue or other issues can play a role here”.

Asked whether or not the non-extradition of wanted suspects can be viewed as a “message” to the current government, the ambassador gave a negative answer and emphasized that Yerevan and Moscow are ...