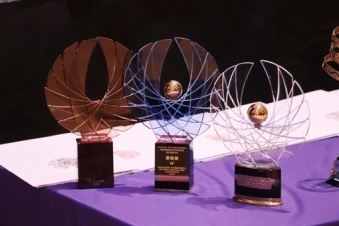 The winners of the 14th International Microelectronics Olympiad of Armenia were awarded at a special ceremony held at the Aram Khachatryan Concert Hall.

The third prize went to Gloria Sepanta from Iran.

The Olympiad founded in 2006 aims to demonstrate recognition and appreciation, and inspire talented engineers under 30. It plays an important role in microelectronics education and stimulates further development of this sphere in Armenia and the participating countries. It increases the interest in microelectronics, creating a community of young specialists of microelectronics, as well as helps to evaluate the level of knowledge of participants in order to make necessary adjustments in the regional educational programs.

Results of the 14th International Microelectronics Olympiad summed up