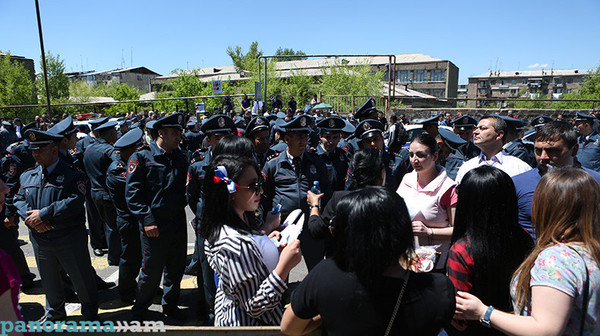 Dozens of supporters and detractors of Armenia’s second President Robert Kocharyan standing trial for the 2008 post-election events, resumed protests outside the Yerevan court as the trial of the ex-president entered its fourth day today.

One of the pro-Kocharyan protesters urged the other group to refrain from making any defamatory statements about the former president. Meantime anti-Kocharyan protester Jivan Avetisyan stressed they are just expressing their subjective opinion and are not making insulting comments.

“The clash of subjective opinions should not lead to any national problem,” he said, adding the two rival groups have agreed to refrain from shouting insults at each other to avoid a...