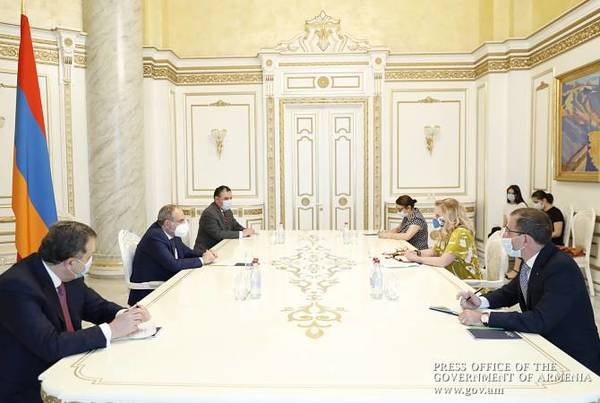 “Armenia finds itself at an active stage of democratic reforms and we are determined to advance the agenda in a bid to strengthen democratic institutions: form a truly independent judiciary, provide guarantees for free elections, wage an effective fight against corruption, and achieve other priority objective. CoE’s assistance is of great importance in this context,” Nikol Pashinyan said.

The parties next referred to Armenia’s democratic agenda. Nikol Pashinyan stressed that his government prioritizes the consistent implementation of reforms and the strengthening of public institutions, which is meant to guarantee the free will of the citizens of the Republic of Armenia, the independence of the judiciary, governance transparency, freedom of speech, and the Government of Armenia will be consistent in advancing this primary agenda.

Echoing the Prime Minister’s remarks, the Head of the Council of Europe Armenia Office pointed out that sustainable and strong democracy is underp...