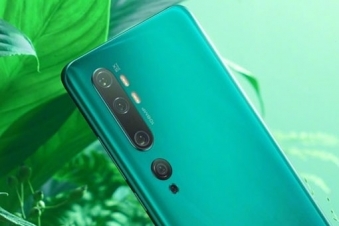 PanARMENIAN.Net - The Xiaomi Mi CC9 Pro has been in the rumor mill for the past month and the device is allegedly coming with 30W fast-charging. Another rumor saying the phone will have a 108 MP camera appears to be true, according to a poster by Xiaomi, saying the phone will arrive on November 5, GSMArena reports.

The image also reveals the Mi CC9 Pro will have a total of five cameras, lined up vertically. The setup also shows two dual-LED flashes next to a sign, saying “5X Optical”, giving heads up about the telephoto camera.

Xiaomi is pushing its CC lineup for “creative and curious” people that love to take photos, and with such a smartphone fans will...