“Flying taxis” could appear in skies of South Korea in 2025

“Flying taxis” could appear in skies of South Korea in 2025 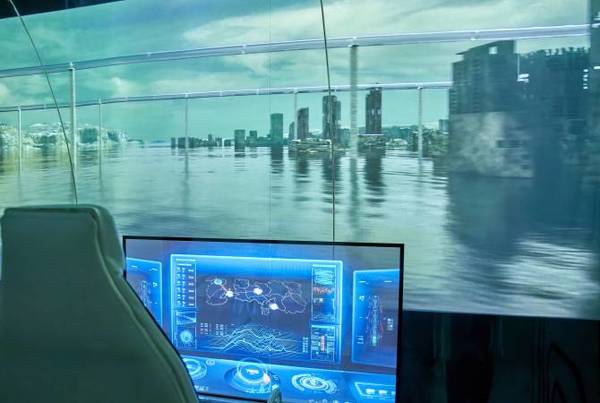 South Korea’s Ministry of Land, Infrastructure and Transport is taking active steps to develop urban air mobility (UAM) sector. Korea plans to launch the program of the so-called “flying taxis” in 2025. As a first step, the Ministry plans to connect the country’s capital airport with the center of Seoul through the flying taxis. For the fulfillment of the program, South Korea is mobilizing the capacities of the country’s major companies. The country is also cooperating with the United States for the project.

SK Telecom, the largest wireless telecommunications operator in South Korea, is also engaged in the activities of launching the program.

During a media tour organized by the Korean Culture and Information Service, Irene Kim, Manager, Communication Planning Team at SK Telecom, told ARMENPRESS that Korea is making serious efforts to develop UAM in the country. “This sector, in fact, is actively developing in the United States and Europe. In Korea, the Ministry of Land and Transport plays a key role in the development of this sector. In 2025 the Ministry seeks to connect airport with the city center through “flying taxis”. SK Telecom, Hanwha Systems and other companies have set up a consortium. A testbed will be created this November in Seoul’s district of Cheongdam-dong. And we plan to achieve the commercialization of this technology by 2025. Our country really seeks to develop this direction. We also cooperate with the United States on this matter”, she said.

During a tour at SK Telecom headquarters, reporters were provided with an opportunity to get acquainted with the company’s “Smart City” project through a “virtual tour”. The company is presenting its own concept of the future, particularly how life will look like in 2052. Words are not enough to describe that virtual tour. You will see the future flying taxis during this tour, the launch of which is not far away.

Incheon International Airport, the largest airport in South Korea, is 40km away from the capital Seoul. It takes 40 minutes, or up to an hour, to reach from downtown Seoul to the airport by car. According to ...