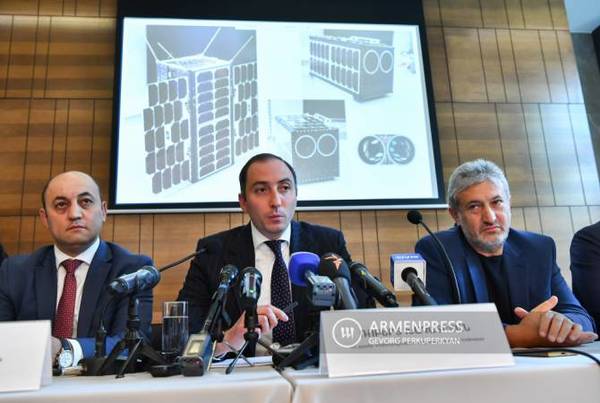 In addition to the first Armenian satellite that was launched into orbit, Armenia is also considering to launch the second satellite which could be of Armenian production, Deputy Minister of High Technological Industry Avet Poghosyan said during a press conference today.

“Space programs are taking place as a result of quite long-term planning. We managed to do the launch of the first satellite at an unprecedented pace. Moreover, the potential and achievements collected at that period allow us to say that we will start very quickly the works to organize, design already the second state satellite. It will greatly differ from the first satellite not only with its technical characteristics, but also with the fact that most of the designing, and most probably, the integration will be carried out in Armenia. It will not only be the second Armenian satellite, but also the first satellite of Armenian production”, the deputy minister said, adding that this is the goal.

Minister Robert Khachatryan in turn said that the registration of company SATLANTIS in Arme...

First Armenian satellite made its first communication with Earth, has shown nominal status of its subsystems