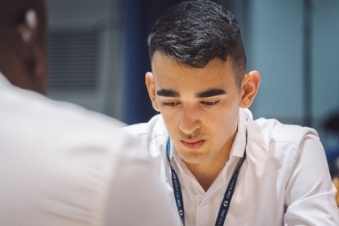 PanARMENIAN.Net - Armenian grandmaster Haik M. Martirosyan claimed the only win at the Chess World Cup in Sochi on Sunday, July 25, where the fifth round started with seven other matches, al of which ended in stalemates, FIDE reports.

Martirosyan beat Iran's Amin Tabatabaei in game one, meaning a win or draw on Monday, would see him progress to the quarter-finals to play either Russian Vladimir Fedoseev or the Serbian V...