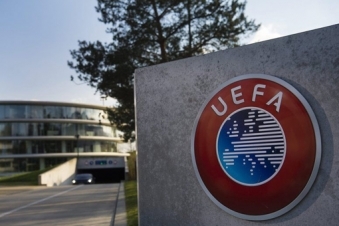 PanARMENIAN.Net - An official at Azeri club Qarabag has been provisionally banned by UEFA while he is investigated for potentially “violating basic rules of decent conduct” in anti-Armenian comments he made on social media, the European soccer body said on Wednesday, November 4, Reuters reports.

UEFA said that Nurlan Ibrahimov had also been charged with racist and discriminatory conduct over the comments. It did not give further details and Ibrahimov did not immediately comment.

Ibrahimov, a PR and media manager at the club called for killing "all the Armenians, including women, children and elderly, without distinction".

Following his comments, the Football Federation of Armenia called for Qarabag to be expelled from European football for comments Ibrahimov made about Armenians, which he had subsequently deleted.

Last month, UEFA reprimanded players and officials from Qarabag for performing a military salute during their Europa League qualifying match away t...

Arsenal’s Henrikh Mkhitaryan, a soccer star who can’t play due to…. SAFETY CONCERNS