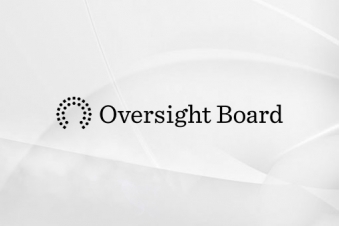 PanARMENIAN.Net - Facebook's Oversight Board – an independent group of experts whose decisions are binding on the company – on Thursday, May 20 ordered the social networking giant to reinstate an online post that criticized Turkey's portrayal of the Armenian Genocide.

On December 24, 2020, a Facebook user in the United States posted a comment with an adaptation of the ‘daily struggle’ or ‘two buttons’ meme. This featured the split-screen cartoon from the original ‘two buttons’ meme, but with a Turkish flag substituted for the cartoon character’s face. The cartoon character has its right hand on its head and appears to be sweating. Above the character, in the other half of the split-screen, are two red buttons with corresponding statements in English: “The Armenian Genocide is a lie” and “The Armenians were terrorists that deserved it.”

Facebook had initially removed the post — which included the sentences "The Armenian Genocide is a lie" and "The Armenians were terrorists that deserved it" — because its content moderators believed the ...