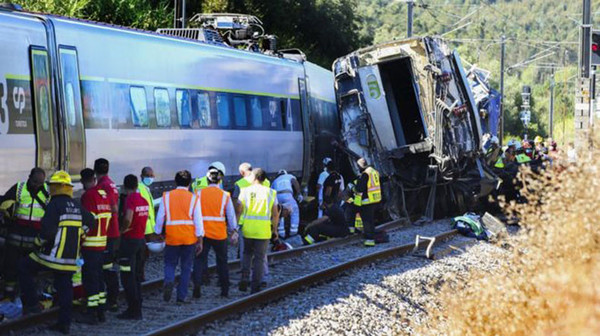 A crash between a high-speed train and a maintenance machine in central Portugal killed two people and injured at least 37 on Friday, the national relief operations authority CNOS said.

A spokesman for CNOS told Reuters two medical helicopters, as well as more than 160 rescue personnel, including firefighters, were at the scene.

There were 212 passengers on board the Alfa Pendular train, the country’s fastest, the spokesman said, adding that among those injured, 30 had minor injures and seven were seriously hurt.

The crash happened in the town of Soure, around 30 kilometres (18 miles) from the central city of Coimbra. The town’s mayor Mario Nunes said the two dead were working on the rail tracks when the crash took place.