The Gimmicks: An Armenian pro wrestler, unacknowledged pain and the line between genuine and act

The Gimmicks: An Armenian pro wrestler, unacknowledged pain and the line between genuine and act 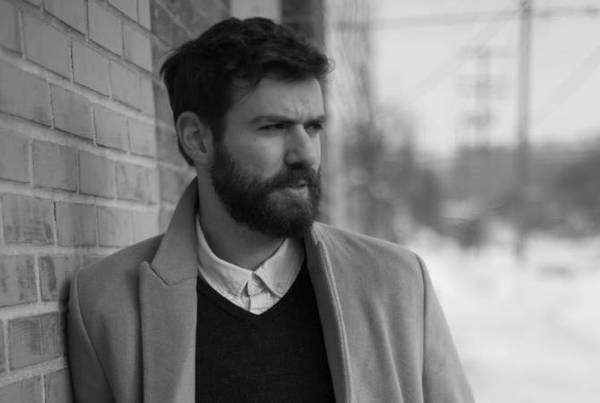 “How do we know how much of ourselves is "authentic" and how much is performed” – this is one of the themes that Chris McCormick explores in his book The Gimmicks: A Novel.

In the very first week of being published, The Gimmicks – which also touches upon the Armenian Genocide and the consequences of its denial – already garnered praise from critics and readers.

Chris McCormick, whose mother is Armenian and whose great-grandfather witnessed his own father being murdered during the years of the Armenian Genocide, talked to ARMENPRESS in an exclusive interview about his book.

“My mother is from Armenia, and so even though I grew up in California in the United States, I was raised with an understanding of Armenian history, especially the genocide”, McCormick told ARMENPRESS when asked why he decided to write about the Armenian Genocide. “My great-grandfather, as a boy, hid in a tree and witnessed his father killed in the streets. That personal story led me, as an adult, to research more about the specific historical and political contexts that led to the fall of the Ottoman Empire, the rise of the Young Turks, and the Armenian genocide. In the United States, there are many great historians—including Armenian historians like Peter Balakian and Ronald Grigor Suny, and Turkish historians like Taner Akçam—who have spent their whole lives fighting for the truth, and I learned so much from reading their books.”

ARMENPRESS - Was your main goal to write about the Armenian Genocide itself and emphasize it? Can you present your book’s main emphases in short?

McCormick - In my novel, I focus less on the genocide itself and more on the psychological and emotional effects of the genocide after several generations of Turkish denial. My book tries to ask: what happens to pain when it goes unacknowledged generation after generation? My main characters—Avo, Mina, and Ruben—grow up together in Soviet Armenia in the 1970s, but they each have very different ideas about what justice looks like. The story follows them around the world as they try to balance the past with the future.

ARMENPRESS - What can you tell us about your Armenian roots, how did your mother settle in the United States? Have you been to Armenia?

McCormick - Yes, my mother moved with her parents and brothers to the United States in the 1970s from Kirovakan (Vanadzor), when she was 19 years old. My aunt and uncle and cousins joined us in California after the Spitak earthquake in 1988. I was in Armenia for the very first time this past summer, and it was so beautiful and powerful to be where my mother grew up. Visiting her childhood home in Kirovakan, I got emotional. Think about it: When she was a little girl, there was no way for her to know that one day her American son—who had written a book in a language she didn't yet know—would come to visit her house. Life is unpredictable and amazing!

ARMENPRESS - Why did you choose “The Gimmicks” as your book’s title?

McCormick - Your question about the title is difficult to answer because it comes from an American sport/entertainment called professional wrestling, where athletes fight each other in scripted matches. The title comes from the professional wrestling term for a performer’s role: his gimmick is the character he plays. Sometimes the line between the real person and his gimmick is very confusing, and a wrestler who forgets the line between his "real" self and his character is said to be "living the gimmick." In my novel, the character Avo comes to the United States from Armenia and joins the professional wrestling business and performs as different versions of ...

The Week In Headlines