Celebrity Dr. Oz running for US Senate; do we need a second Trump in Washington?

Celebrity Dr. Oz running for US Senate; do we need a second Trump in Washington? 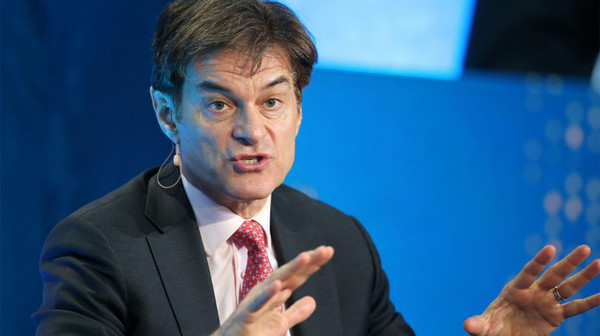 TV Celebrity Dr. Mehmet Oz announced on Nov. 30 his Republican candidacy for one of the two U.S. Senate seats from Pennsylvania.

Just like his idol Donald Trump, Dr. Oz has no background in politics. He has not even served as a City Councilman. The American public and the world-at-large suffered enough in the hands of the incompetent celebrity Trump who appointed Dr. Oz to the White House council on sport, fitness and nutrition, after appearing on “The Dr. Oz Show” as a presidential candidate.

Besides his lack of political experience, there are several other issues that should discourage or disqualify Dr. Oz from running for a Senate seat. Even though he is a medical doctor, he has offered plenty of baseless medical advice and promoted questionable treatments, such as diet pills and hydroxychloroquine, Trump’s fake cure for coronavirus, in order to enrich himself, jeopardizing the health of the American public. He shockingly suggested on FOX-TV that “a 2-3% increase in COVID-19 mortality from reopening schools nationwide might be a worthwhile trade-off.”

According to Wikipedia, Dr. Oz “has promoted pseudoscience and alternative medicine, and has been criticized by physicians, government officials, and publications, including the British Medical Journal, Popular Science, and The New Yorker, for endorsing unproven products and non-scientific advice. The British Medical Journal published a study in 2014 that found more than half of the recommendations on medical talk series, including “The Dr. Oz Show,” either had no evidence or contradicted medical research.”

Another problem is that Dr. Oz is running for the Senate from Pennsylvania, even though he is not a resident of that State. He lives in a mansion in New Jersey which violates the residency requirement to run for political office in that State. In late 2020, he changed his voter registration to a home owned by his mother-in-law in Pennsylvania. The only link he has with that State is that he graduated from the University of Pennsylvania over three decades ago in 1986.

Finally, without wanting to say anything disparaging about his Turkish background, it remains to be seen, if elected, Dr. Oz will act as the mouthpiece of the Turkish government or serves the interests of the United States. In the few days since announcing his candidacy, several articles have been written questioning his exclusive allegiance to the United States as a dual Turkish and American citizen. Even though Dr. Mehmet Oz was born in Ohio, he spent his childhood summers in Turkey and served for two years in the Turkish army.

Regarding his position on Armenian issues, there are two indications:

2) In 2008, when I was being awarded the Ellis Island Medal of Honor in New York, Dr. Oz was also one of the recipients of that medal. During the official ceremony, in my acceptance speech, the minute I said that I was a descendant of survivors of the Armenian Genocide, Dr. Oz got up from his chair and left the hall. To be fair to him, this could have been...

U.S. recognizes role of population of Nagorno-Karabakh in deciding its future–Ambassador Tracy’s interview to ARMENPRESS