Number of Russians entering EU jumps 30% in a week

Number of Russians entering EU jumps 30% in a week 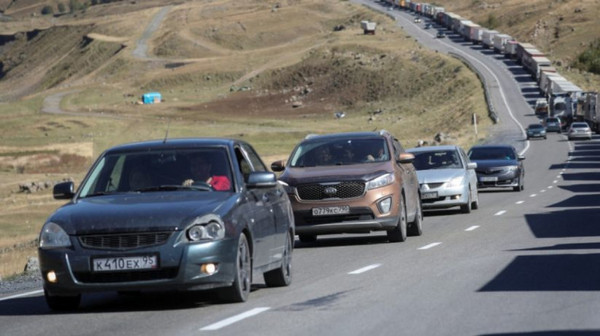 The number of Russians entering the European Union has jumped following a partial mobilisation ordered by Moscow, and illegal crossings are likely to increase if Russia closes its border for potential conscripts, Reuters reported on Tuesday, citing EU border agency Frontex.

Following setbacks on the battlefield in Ukraine, Russian President Vladimir Putin announced a partial mobilisation on Sept 21, a move that sent thousands of Russians rushing to cross borders into neighbouring countries.

"Over the past week, nearly 66,000 Russian citizens entered the EU, more than 30% compared to the preceding week. Most of them arrived in Finland and Estonia," Frontex said in a statement, referring to the week from Sept 19 to Sept 25.

Armenia and EU have opportunity to cooperate in all fields: Ambassador Wiktorin’s exclusive interview to ARMENPRESS

Nagorno Karabakh will never be returned to Azewrbaijan

Opinion: We have no alternative but self-interest, self-reliance, self-confidence and consolidation