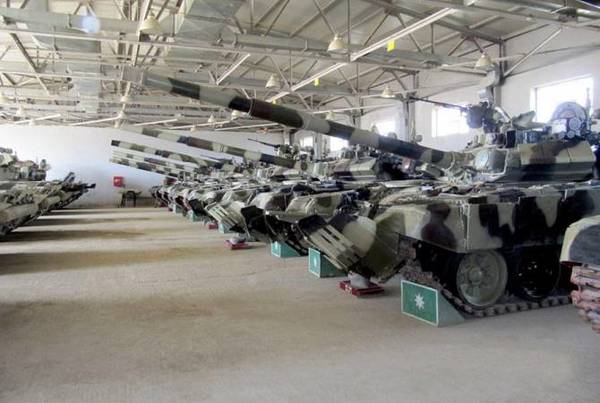 The U.S. President Joe Biden prolonged the moratorium on prohibition of deliveries to Azerbaijan of the military equipment and the weapon at the end of April. Previously Baku could not benefit from the opportunity of purchasing of armament from Washington according to the Section 907 amendment of the Freedom Support Act of the U.S. Congress, which was accepted in 1992 and completely banned any kind of direct United States aid with arms supplies to Azerbaijan, an article published at the Bulgarian Military says.

Referring to the U.S. Secretary of State Anthony Blinken’s words, exports of arms to Baku are also necessary for support of efforts of Washington to counter the international terrorism.

Meanwhile a number of eminent experts and politicians are skeptical about the appropriateness of the step of the White House, indicating the need for establishing legislative measures setting severe restrictions on armament supplies to Azerbaijan. In particular, Congressman Adam Schiff, the chairman of the House Permanent Select Committee on Intelligence, criticized the decision of the United States Presidential Administration to prolong the moratorium. In his view, receiving regular military aid from the USA or the countries of the European Union, the Azerbaijani authorities not only conceal that it will be sent to war with Armenia for Nagorno Karabakh (Artsakh), but also deliberately omit the fact that the part of armament is subsequently sold to the third countries, terrorists or on the black market.

The article touches upon Azerbaijan’s arms sale in the black market, trying to understand to what extent it’s appropriate for the Western countries to sell weapons to Azerbaijan and where and for what purposes these weapons can be used.

“Much evidence incriminating Azerbaijan in illicit trafficking in weapons in the black market were already made public. For example, Baku as a part of regular military exercises in 2017 showed the Czech MLRS RM-70, – multiple launch rocket systems which Azerbaijan could not simply have under the laws in force in the Czech Republic confirmed with statements of Czech officials. At that time Armenia was already blaring about the appearing of these military assets in Nagorno Karabakh, and nevertheless the Ministry of Foreign Affairs of the Czech Republic officially declared an impossibility of such transaction. As a result, the point of view about its smuggling origin began to prevail among military experts”, the article says.

“Besides, many analysts reasonably suspect Baku of resupplying of arms and ammunition of ISIL militants in Syria and other hot zones. For example, the investigation by the Bulgarian journalist Dilyana Gaytandzhiyeva was published in the Bulgarian newspaper «Trud». With the reference to the confidential data obtained by group of the hackers acting under the name of «Anonymous Bulgaria» the facts of participation of the Azerbaijani state-owned airline «Silk Way Airlines» in deliveries of armament to Saudi Arabia, and from there to the pro-Saudi forces in Yemen, to jihadists in Syria, and also to Mali, Burkina Faso and Afghanistan, were made public. At the same time it turned out that suppliers and arms manufacturers were the «VMZ» and «Transmobile» companies from Bulgaria, «Yugoimport» from Serbia and «CIHAZ» from Azerbaijan.

It is noteworthy that even the independent Azerbaijani analysts resisting to authoritarian regime of the president Ilham Aliyev adhere to the similar point of view. According to the messages of «Timeturk» news agency, Azerbaijanis form the isolated part of the militarized «Makhmut» group which participates in military operations against troops of t...

Nagorno Karabakh will never be returned to Azewrbaijan