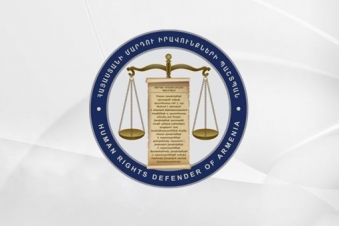 PanARMENIAN.Net - Human Rights Defender Arman Tatoyan has published a photo of the Armenian civilian community of Saradegh in Gegharkunik province, which shows that an Azerbaijani military position is right above civilian residences and barns.

Azerbaijani forces violated Armenia’s border in several sections in the provinces of Syunik and Gegharkunik on May 12 and 13 and are still refusing to withdraw their troops from the area. Five Armenian servicemen have been killed in Azerbaijan’s shooting, a dozen others have been wounded, while six troops were captured on May 27, although four of them have already returned home.

Analyst: Armenian side acts correctly at Line of Contact