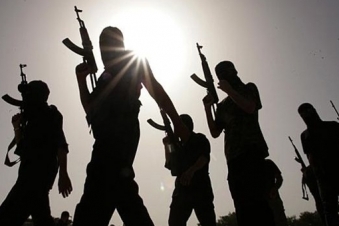 PanARMENIAN.Net - At least 27 Syrian mercenaries deployed in Azerbaijan have died in Nagorno-karabakh fighting in the past 48 hours, the London-based Syrian Observatory for Human Rights reported Tuesday, October 20.

The death toll from militant factions has now reached 161, the Observatory said, since they were thrown into battle by the Turkish government on September 27. The bodies of 92 mercenaries have already been returned to Syria while the rest are still in Azerbaijan, the monitor said.

While Turkey continues sending fighters to Azerbaijan, the Observatory said no less than 2050 mercenaries have already been deployed in the conflict zone. In addition, more militants from Al-Hamzat and Sultan Murad divisions are waiting for their transfer to Azerbaijan.

Armenia was the first to report on Turkey's deployment of thousands of Syrian and Libyan fighters to A...

Three Azeri drones shot down in Armenia, one in Karabakh