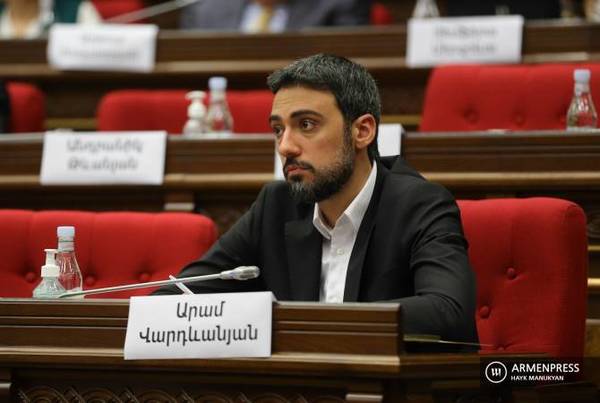 1/4th of the total number of Members of Parliament can nominate a candidate for President, therefore both the ruling party and the opposition have the levers to nominate their candidates, according to opposition Hayastan faction MP Aram Vardevanyan.

He said that President Sarkissian’s resignation will cause concrete political processes.

Citing Sarkissian’s resignation address, Vardevanyan warned that the country is facing a very difficult situation and that new risks of challenges exist.

MP Vardevanyan said that if Sarkissian doesn’t retract his resignation within a week and his resignation takes effect, then a 5-day period of nominating candidates begins. “The opposition will hold discussions around this issue,” he said.

Vardevanyan argued that the current Constitution provided for changing the president’s role through legislative amendments, however such amendmen...

Ruling party to nominate presidential candidate who has “much to say, do”