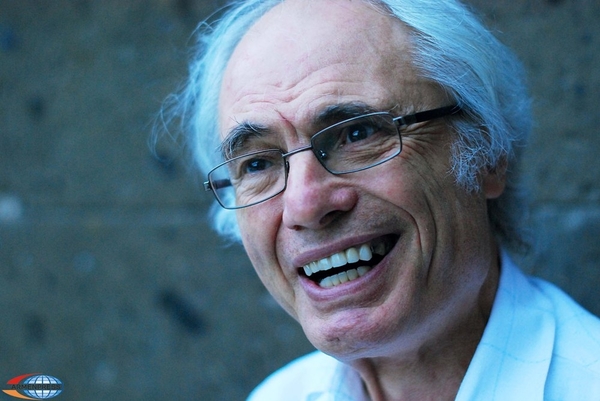 Tigran Mansurian, Armenia’s most celebrated composer, will turn 75 this month and the Dilijan Chamber Music series will celebrate Sunday afternoon at the Zipper Concert Hall of the Colburn School with a survey of the Mansurian’s chamber music over the past half century. As reports “Armenpress” the prominent American periodical Los Angeles Times stated this in a recent article dedicated to the great Armenian composer Tigran Mansurian. In particular the article runs as follows: “It will be, no doubt, a joyous occasion, what with the composer present and Dilijan, which is devoted to Armenian music, being among Mansurian's most important of champions in America.

That is joyous, not joyful, and of the deep-down variety. Joy can certainly be found in Mansurian’s intensely spiritual music, but the surface is not where to look. There, in a haunting eloquence, is where the suffering, never overstated or exaggerated but always throbbing like a chronic pain, lies. It is a beautiful pain, the exquisite anguish of a grave wound not healed but rather transcended.

That transcendence is the nature of Mansurian’s most mature music. And through stunning recordings on ECM it has made him a cult figure like such other spiritually inclined Eastern European composers as the Estonian Arvo Pärt. Also in common with composers who came out of the former Soviet bloc, Mansurian’s hard-won spirituality is all the more illuminating for having grown out of an aggressive musical rebellion against Soviet musical populism.

Through it all, Mansurian’s inspiration has been the plight of the Armenian people in the 20th century and their sustaining culture. He is a formal composer who never wastes a note. His sound world is mystical. He knows wherein lies an instrument’s most hauntingly beautiful sounds, particularly when it comes ...

A journey through history on Armenian Street in Singapore