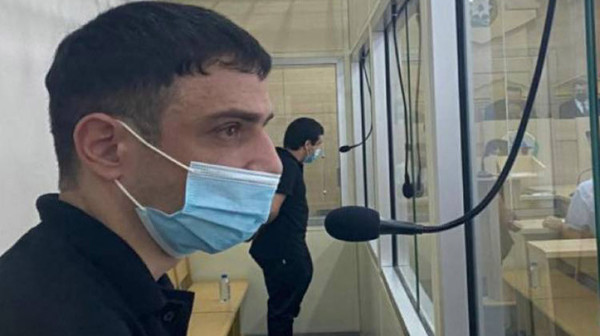 The Baku Court of Grave Crimes on Wednesday sentenced two Armenian captives to 15 years in jail.

Davit Davtyan and Gevorg Sujyan were accused of espionage after “illegally crossing into Azerbaijan”.

According to the indictment, they allegedly collected military information and passed it on to the special services of Armenia.

Azerbaijani serviceman Vidadi Orujaliyev, who testified as a witness in the trial, said that they were spotted in Shushi on Novemb...