168 people killed in traffic accidents in Armenia in six months

168 people killed in traffic accidents in Armenia in six months 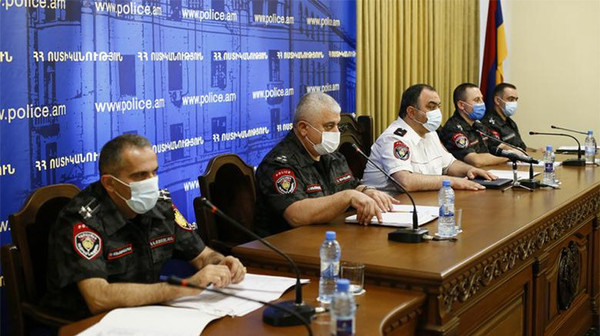 In the first half of 2021, the total number of crimes recorded in Armenia increased by 6.1% or 789 cases. According to the police, it is mainly attributed to the increase in the number of cases of fraud, theft and violations of traffic rules.

Defendants were involved in 54% of 23,085 criminal investigations during the reporting period.

According to the data released by the law enforcement agency, 465 corruption offences were revealed, of which 127 were cases of bribery, 38 – cases of misappropriation or embezzlement through abuse of o...

Relatives of driver convicted in Russia to visit him on Saturday

One of Pavlik Manukyan’s relatives taken to police station