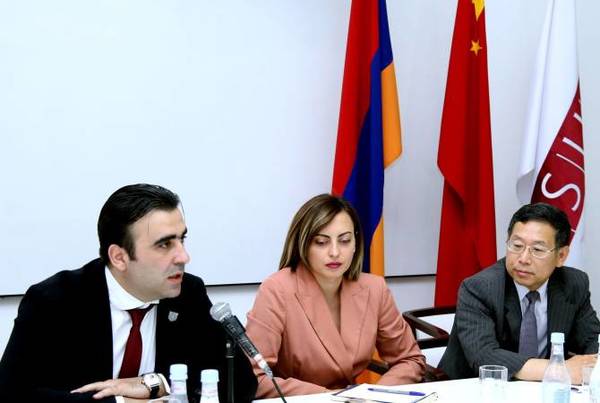 Armenian political scientist Mher Sahakyan considers China a newly-discovered superpower with which it is necessary to deepen the relations.

Mher Sahakyan, who is also the founder of the China-Eurasia political and strategic research council, gave an interview to ARMENPRESS, talking about the council, China-Eurasia cooperation, the deepening of Armenia-China relations and other topics.

-Mr. Sahakyan, the China-Eurasia political and strategic research council was founded in 2016. What was the motive of creating this council, and what main issues did the council solve within these past three years?

-Yes, this year on November 11 the council marked its 3rd anniversary. It started its practical and active work after November 2017 when I finally returned from China to Armenia. There were several reasons for establishing this organization, the first one was that there was a gap of an organization conducting a high-quality, scientific and analytical work, as well as a literature about China in Armenia, the country was lacking information about the policy run by China. Secondly, for many years I was communicating with the leading specialists of China, Russia, UK, Austria and other countries, who are dealing with the political and economic issues of China and the Eurasian states, and there was a need to unite this potential in order to further strengthen the ties and use this huge potential also for Armenia. And the third one, by living in China for five years I noticed that China also lacked information about Armenia, and a serious actions were needed to be taken on this path, although we were conducting certain works in this regard in the Armenian community of China. Next, it was also necessary to seriously study China’s Belt and Road initiative, create a roadmap for Armenia through which Armenia would have an opportunity to be included in this initiative. These are the directions our Council has dealt with and continues to deal with.

-To what extent you consider the issues set before your organization in these three years solved? What kind of new goals and issues emerged during your work?

-China-Eurasia political and strategic research council is a young organization. Of course, the launch was successful and during this period major works were carried out, but it’s still on the development path which requires serious works. As the life is changing rapidly, all issues need to be revised almost every day. But the main goals are to contribute to the development of the Armenian-Chinese relations, create school to understand China’s economy, policy in Armenia, contribute to the professional development of Armenian experts on Chinese studies, become a global and independent think tank. I must state with pride that today the Council gathered a multinational, experienced team thanks to which it has an important contribution to the research on China and Eurasia, and also at the global level. The Council is working with the principle of recording concrete results with small and limited forces. It’s worth remembering that this Council is not an office, but a philosophy and a uniting network. It mainly operates thanks to the imagination of its members, their dedicated work for whom the important is to be useful to Armenia and contribute to the development of the Armenian-Chinese relations.

-Recently you presented your organization in China and made a cooperation proposal to Chinese researchers. What reaction did you get? What is their interest towards Armenia?

-Recently I was in China at the invitation of the Chinese side where we had meetings with the diplomats of the Chines...

Armenia analyst: Even China has interests in South Caucasus