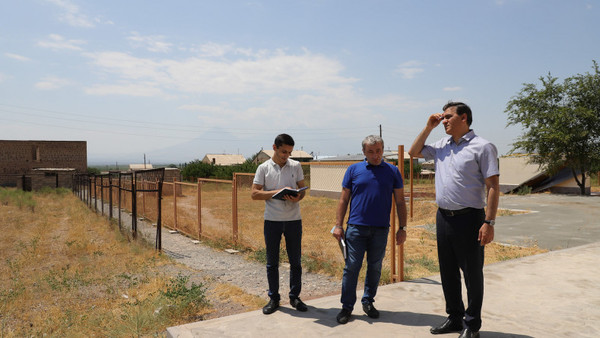 He shared the copies of two documents on Facebook, presenting damage caused to villagers due to the illegal presence of Azerbaijani forces on Armenian territory.

“One of these documents provides an estimate of the amount of damage caused as a result of the destruction of a garden belonging to a resident of the village of Davit-Bek (Syunik Province). The other is a contract for the lease of a land plot for agricultural purposes concluded by a resident of Vardenis (Gegharkunik Province), but now the farmer is deprived of the opportunity to use it,” he wrote.

“The documents prove that the property, social security and other legal rights of the Syunik and Gegharkunik residents have been violated due to the illegal presence of the Azerbaijani armed forces.

“The Azerbaijani authorities must be held accountable and must compensate for damage caused to all our villagers. They must p...

Ombudsman: We must learn lessons from the past and disallow violations of the rights of Armenia's border residents

Armenian ombudsman: We must not allow Azerbaijani authorities to muddle us with fake peace process

Ombudsman: Delimitation with Azerbaijan without a security zone will not guarantee the rights of the Armenian citizens, cause new human rights violations