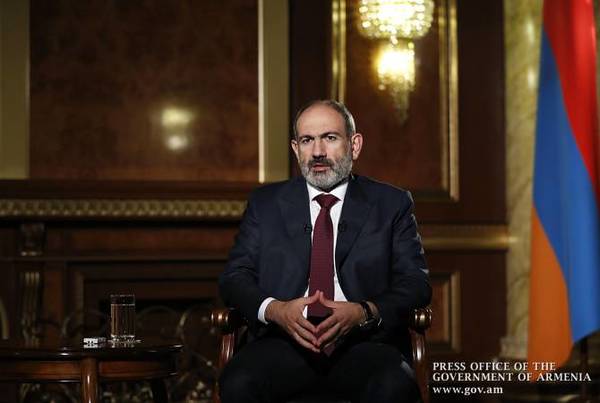 Turkey is pursuing the same policy in South Caucasus as in the Mediterranean against Greece and Cyprus, or in Syria, Libya and Iraq, Prime Minister of Armenia Nikol Pashinyan said in an interview to Italian Corriere della Sera, ARMENPRESS was informed from the Office of the Prime Minister.

‘’It’s an expansionist policy. During the negotiations on the ceasefire, Turkish president Erdoğan said that he does not want Azerbaijan to stop the military operations. This conflict would not have started without the intervention of Turkey. Turkey encouraged Azerbaijan to attack Artsakh, Turkish troops participate in the attacks. But this is not all. The Azerbaijanis use jihadist-militants brought from Syria. They are terrorists sent by Turkey’’, Pashinyan said.

To the question if the Armenian side has proofs of the use of militants by Azerbaijan, PM Pashinyan said, ‘’Yes, we have the footages of the jihadists made for propaganda goals with geolocations at the places of the military operations, as well as the bodies of some of them. There are no doubts about that. The proofs have already been published’’, Pashinyan said, adding that the t...

“We must use all means to defend ourselves”: Armenian PM tells The Washington Post

PM: Armenian army proves most efficient and intellectual in region

Nikol Pashinyan addressed the nation amid the Azerbaijani aggression against Artsakh