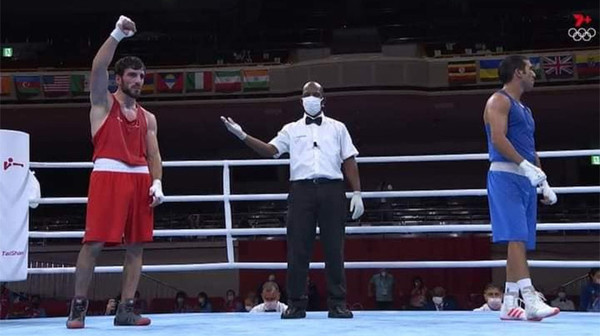 Armenian boxer Hovhannes Bachkov (63kg) has advanced to the quarterfinals at the Tokyo Olympics after beating his Azerbaijani rival in the men’s lightweight event.

The Armenian boxer took an impressive 4:1 win over Azerbaijan’s Javid Chalabiyev in the preliminaries on Saturday, the Armenian National Olympic Committee (ANOC) reported.

Bachkov’s next opponent is Elnur Abduraimov from Uzbekistan, with the bout set for August 3.

The Olympic Committee praised Bachkov as a “high-class master”, who has won many victories at international official competitions and has rich experience.

“This time he outdid himself. In short, after the first round, when the side judges gave an advantage to the Azerbaijani boxer, Hovhannes got angry, and after the second round he started doing incredible things at the ring,” the ANOC said, revealing details of the bout.