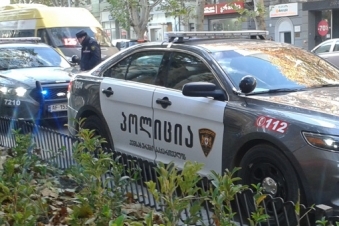 PanARMENIAN.Net - Azerbaijani opposition blogger Huseyn Bakixanov has been found dead in the Georgian capital, Tbilisi, where he was seeking asylum, FRE/RL reports.

Bakixanov's relative Avtandil Mammadov and the Germany-based investigative journalist Afqan Muxtarli say the blogger, known for his criticism of the Azerbaijani government, was found dead on July 29.

It is not clear where exactly Bakixanov's body was found. Muxtarli wrote on Facebook that police in Tbilisi said the blogger may have fallen from a high-rise apartment block.

Tbilisi police have yet to issue a statement on the situation around Bakixanov.

On July 12, Bakixanov posted a video statement on YouTube while in an ambulance saying that five men he had become acquainted with three days earlier attacked him in downtown Tbilisi.

"I do not believe that it was a random attack, because it h...

Baku created for itself a PR disaster: EurasiaNet on Laphin's case

US demands release of political prisoners in Azerbaijan

Azerbaijan one of the most censored countries in the world - CPJ

Hayk Toroyan’s friend: He shaved, spayed perfume and said ‘If I’m captured I don’t want them to think I’m untidy”