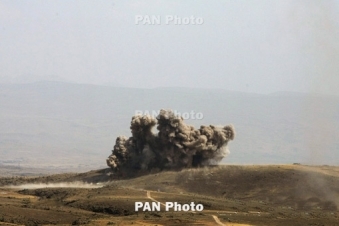 PanARMENIAN.Net - The Nagorno-Karabakh Defense Army has destroyed a large special formation of the Azerbaijani armed forces in the south of the front, also capturing an Azeri soldier.

"As a result of a successful operation of our forces, a large special formation of the enemy's army, nine units of military equipment were destroyed, some were confiscated," the Defense Army said Friday, October 23.

"An Azeri serviceman was captured and is currently being operated on by the Armenian military doct...