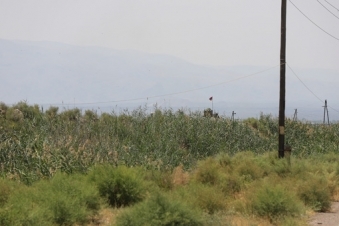 The Armenian army troops took suppressive measures to silence the Azeris and stop the engineering work.

As of 11:00 am, the situation along the border is relatively stable and under the control of the Armenian Armed Forces.

In the wee hours of July 28, the Azerbaijani armed...

Shootout on Armenia-Azerbaijan border – Armenian side suffers no casualties