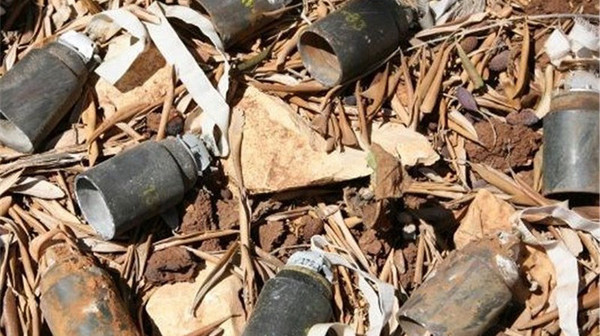 Israeli journalist Yossi Melman wrote a lengthy critical article in the Haaretz newspaper about Israel’s sale of banned deadly cluster bombs to Azerbaijan to kill and maim innocent Armenian civilians in Artsakh. The article, although published on Oct. 22, 2020, retains its relevance given the fact that these cluster bombs were not only used in last year’s Artsakh war by Azerbaijan, but may also be used in a future war.

Amnesty International confirmed that Azerbaijan used Israeli cluster bombs in the 2020 Artsakh war. These lethal bombs exploded in a residential area near the city of Stepanakert, the capital of Artsakh.

“The use of cluster bombs in any circumstances is banned under international humanitarian law, so their use to attack civilian areas is particularly dangerous and will only lead to further deaths and injuries,” said Denis Krivosheev, Amnesty International’s acting chief for Eastern Europe and Central Asia. “Cluster bombs are inherently indiscriminate weapons, and their deployment in residential areas is absolutely appalling and unacceptable.”

Melman explained that “a cluster bomb is a kind of container holding a bundle of small bombs. The mother bomb explodes at a certain height and, over a wide area, scatters the smaller bombs, which explode a short time later. The munitions can be launched from cannons of various sizes, with diameters up to 155 mm, from launchers, helicopters and planes.” Children often pick up unexploded cluster bombs mistaking them for toys, resulting in their death or injury.

Melman wrote that he asked Israel’s Defense Ministry, the Israel Defense Forces and the Foreign Ministry “on whether -- and if so, when -- Israel supplied cluster bombs to Azerbaijan.” Not surprisingly, he received no response.

Melman remarked that Israel’s Defense Ministry, “true to its aggressive habits, is loath to give explanations and refuses to answer questions it doesn’t like. It seems to have something to hide, especially when it comes to its overly intimate relationship with Azerbaijan.”

Israel used cluster bombs on several occasions: In the 1973 war against several Arab states, the wars on Lebanon in 1978, 1982 and 2006, and the Gaza war in 2008-09. Melman reported that “this led to a condemnation by then-UN Secretary General Kofi Annan, and to tension in the United States, because the firing apparently violated the restrictions on using cluster bombs when the weapon was supplied in 1976.”

The Winograd Committee, formed by the Israeli government to review the appropriateness of Israel’s military actions in Lebanon in 2006, “harshly criticized the use of cluster bombs in civilian areas,” according to Melman. It is illegal to use cluster bombs. It is also illegal for the United States to sell them to Israel, which in turn illegally sold them to Azerbaijan.