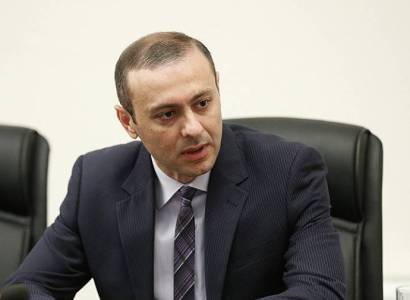 STEPANAKERT. – The father of Armen Grigoryan, Secretary of the Security Council of Armenia, has committed suicide in the Republic of Artsakh (Nagorno-Karabakh Republic/NKR).

On Tuesday at 11:45pm, a Martuni town resident called the police and informed that, on the same day, he had found his uncle, Martuni resident V. G. (born in 1952), hanged with a rope in his house in the town, the Artsakh police news service informed.

The investigative team which arrived at the scene found out that this man had killed himself on the same day, in the vegetable garden of his house, and...

Funeral service for Georgi Kutoyan to take place on January 19

Armenia lets CSTO know border situation "could get out of hand"

Mogherini to Mnatsakanyan: EU ready to assist in Armenia’s reforms