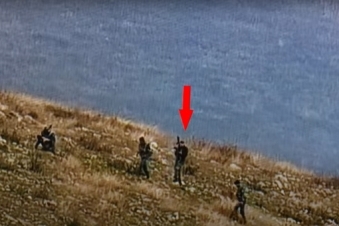 PanARMENIAN.Net - The Nagorno-Karabakh Defense Army has published a new video from the frontline, which is testifying to the presence of mercenary terrorists in the conflict zone.

In the video, militants obviously under the influence of psychotropic drugs and lacking knowledge of basic tactical rules are seen irregularly moving in the field.

Retreating mercenaries also show complete indifference to their wounded comrades-in-arms, who are seen crawling towards the end of the video.

The Defense Army, international media outlets and mercenaries themselves have published nume...

More evidence of Azerbaijan's use of Syrian mercenaries against Karabakh