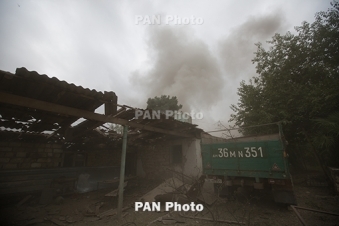 PanARMENIAN.Net - The Azerbaijani units are bombarding the cities of Stepanakert and Martuni in Nagorno-Karabakh, the Armenian Unified Infocenter reports.

Earlier on Friday, the Azerbaijani air forces targeted the town of Martakert, and while their forces shelled a road connecting the communities of Karegah and Ber...

Woman and child killed in Artsakh as Azerbaijan bombs civilian settlements, including schools