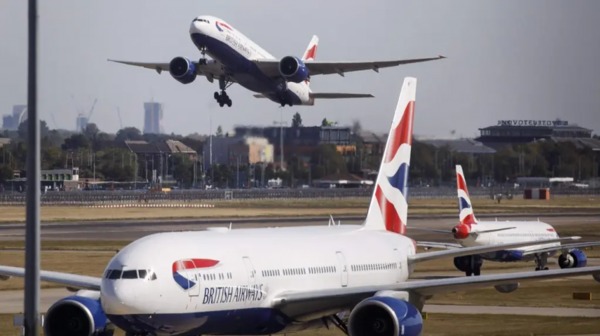 Emergency services rushed onto the tarmac at Heathrow Airport last night after two planes crashed into each other, The Sun reported.

The shocking incident took place at 8pm at the London hub which sees more than 80 million international passengers come through annually.

It's believed that the collision happened when a Korean 777 clipped an Icelandair 767 while taxiing.

And a shocking snap shows the damage done to the Icelandair's tail by the Korean Air's wing.

2 aircraft collide at Seoul airport due to amid heavy rain