Rouhani to Erdogan: War is no solution to Karabakh conflict

Rouhani to Erdogan: War is no solution to Karabakh conflict 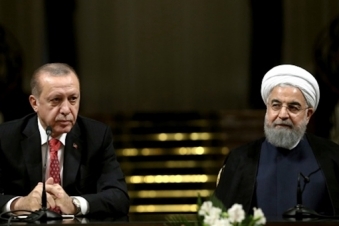 Rouhani made the remarks in a Thursday, October 22 phone call with Erdogan, during which the Iranian side highlighted the necessity of maintaining the security of Iran’s border areas close to Azeri and Armenian territories.

“Our position on this issue is totally clear and we believe that war is not a solution and (the ongoing crisis) must be resolved through dialogue and negotiations,” Rouhani told Erdogan.

Rouhani warns against deployment of "terrorists" in the region