We move to stability and security with confident steps – PM Pashinyan

We move to stability and security with confident steps – PM Pashinyan 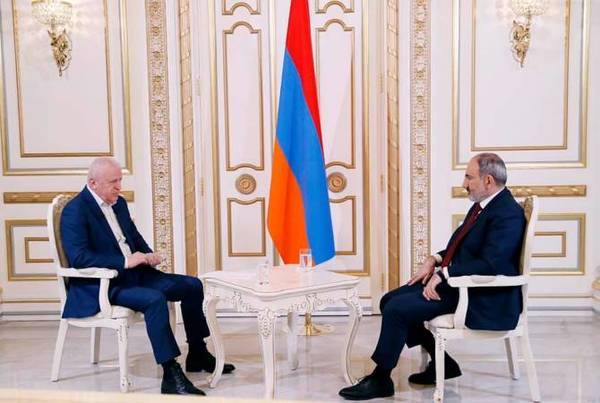 The Government of Armenia is pursuing its domestic and external security and stability agenda with confident steps, ARMENPRESS reports Prime Minister of Armenia Nikol Pashinyan said in an interview with Nver Mnatsakanyan, broadcasted on 1in.am, answering the question if Armenia's urgent issue is domestic or external.

''In fact, we are in the stage of elimination of the consequences of the war. Of course, there are consequences that cannot be eliminated, I mean our fallen brothers, marthyrs, who unfortunately can never return. In general, today we have both domestic and external challenges. And to my assessment, both the domestic and external challenges are related with the security atmosphere. This was the reason why immediately after the end of the war I set an agenda of ensuring security and stability atmosphere in and around Armenia as a priority issue. We cannot say that the task has been solved fully, but we seem to pursue that direction with confident steps'', the PM said.

To the question if PM Pashinyan is speaking about a new security system, given the fact that the previous one was defeated, Nikol Pashinyan said that like in the past, Armenia is in the same security system, the Collective Security Treaty Organization (CSTO). ‘’I have had the opportunity to say in the past that we had...

Acting PM: Armenia to remain committed to all its international commitments and obligations

Relations with Georgia are of special importance for Armenia, says PM Pashinyan