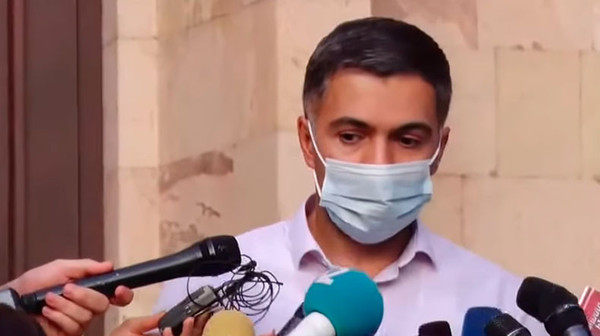 The Constitutional Court judges failed to elect the new president for the second day in a row, one of the CC Judges Edgar Shatiryan told reporters outside the Court building.

"No election was held, one candidate has been self-nominated. One of the Judges nominated a candidate who recused himself," Shatiryan noted, adding the election of the CC President and Vice-President didn't take place. The Judges will continue the session tomorrow at 10.30.

According to media reports, the only candidate who self-nominated for the post of the CC President is Yervand Khundkaryan. The latter has been only recently appointed Judge of the Court.

To remind, the Constitutional Court started a working session on Wednesday with the election of its new head on the agenda. However, the session did not finish due to the end of the working day. The session continued today.