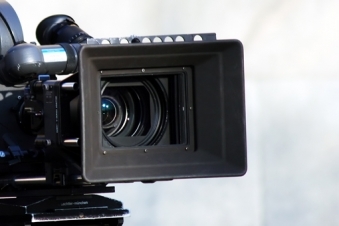 PanARMENIAN.Net - A cameraman from Armenia TV, Aram Grigoryan, was injured in Azerbaijan's shelling of the town of Martuni on Thursday, October 1, his colleague, journalist Erna Elizbaryan has revealed.

According to Elizbaryan, Grigoryan, who participated in the Four-Day War in April 2016, has sustained a light injury.

The five-strong crew of Civilnet, another Armenian media outlet, came under Azerbaijan's fire on Martuni as well.

The group have not been injured.

Azeri shelling leaves Armenian journalist wounded in the back