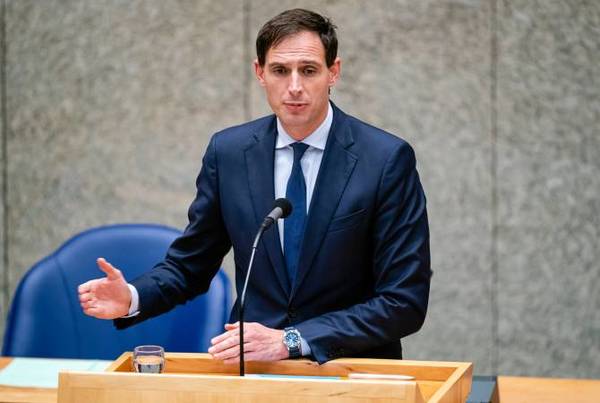 Dutch Foreign Minister Wopke Hoekstra sent a letter to the Dutch Parliament regarding alleged war crimes committed by Azerbaijan. ARMENPRESS infomrs, in the letter, the Foreign Minister reminds that the EU Special Representative for the South Caucasus, Toivo Klaar, in his October 2 tweet, expressed his disgust regarding the video, in which Azerbaijani soldiers supposedly shoot Armenian prisoners of war. In his tweet, he called for an independent investigation and, if the authenticity of the video is confirmed, to prosecute the culprits.

"The press secretary of the European External Action Service (EEAS) Peter Stano, at the press conference held on October 3, called on the Azerbaijani authorities to conduct an independent investigation into the alleged violation of the laws of war presented in the video. The Prosecutor General's Office of Azerbaijan announced on the same day that it will investigate the events shown in this video. Therefore, the Netherlands discussed the events of the video in a conversation with the ambassador of Azerbaijan on Wednesday, October 5, expressing disgust for what was shown in the video and called on Azerbaijan to start an impartial and independent investigation," the letter states.

It was also emphasized in the conversation that the Netherlands, together with international partners, will closely follow the investigation.

"The results of this investigation must be published, and the alleged criminals must be brought to justice by the competent authorities. The Ambassador of Azerbaijan confirmed in the conversation that the Azerbaijani authorities have started an investigation into the events of the video, and noted that it will be carried out independently. The Ambassador of the Netherlands to Baku has repeatedly conveyed this message to high-ranking Azerbaijani officials. Furthermore, the Netherlands has repeatedly emphasized the importance of thi...