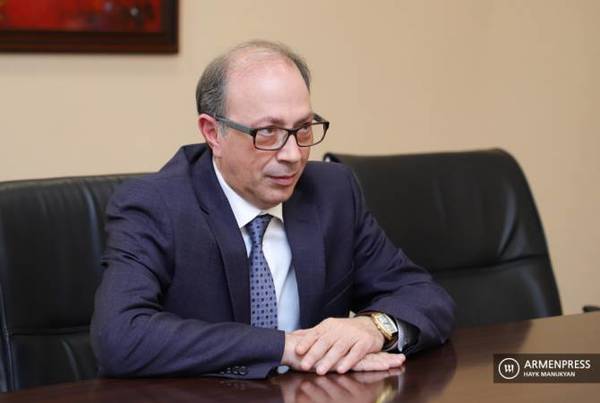 The consequences of Azerbaijan’s use of force against Artsakh and occupation of some of the territories of Artsakh cannot be considered a settlement to the conflict: only the political negotiated settlement, which will respect all rights and will determine the final status of Artsakh, can be considered as the final point of the conflict, Foreign Minister of Armenia Ara Aivazian said at the session of the parliamentary standing committee on regional and Eurasian integration affairs.

The minister stated that after the 44-day war rearrangements of both regional and major role-players are taking place in the South Caucasus, however, he added, that it’s still early to assess the ongoing developments and challenges. “Nevertheless, we can record that Russia played a key role in observing ceasefire, ensuring security in the region and solving the current humanitarian problems. Turkey’s ambitions in the regional process have also increased openly”, he said.

The FM noted that ensuring the comprehensive security of the Armenian people in the region has been and remains the key direction of Armenia’s foreign policy. “The fact that the Karabakh conflict has not been solved remains one of the major regional challenges. The consequences of the use of force by Azerbaijan with the support and direct participation of Turkey against Artsakh, the occupation of some of the territories of Artsakh cannot be considered a settlement of the conflict. Only the political negotiated settlement, which wil...

‘Outgoing message’: Pashinyan comments on US envoy’s statement on Artsakh