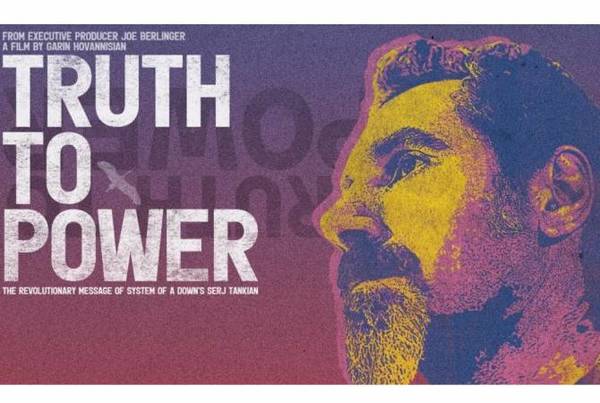 The documentary Truth To Power about soloist of System of a Down Serj Tankian and the 2018 Armenian Revolution will premiere on February 19.

Before the premiere Rolling Stone has released a short clip about the film.

In the clip, Tankian visits the close-knit Armenian community (Little Armenia) hidden in the heart of Hollywood. “My own family came here to Los Angeles, migrated in 1975,” Tankian says while driving through the neighborhood. “Right in the middle of Hollywood, the Armenian community had a school, a church, different cafes, bakeries, restaurants. It was a settlement with Armenians from all over the world.”

Truth to Power, out on VOD and in theaters on February 19th, examines the singer’s role in the 2018 Armenian Revolution, as well as his history of activism.