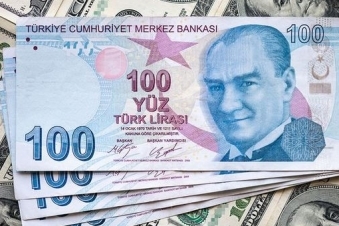 PanARMENIAN.Net - The lira sank to a record low after Turkey’s central bank unexpectedly held back from raising its key interest rate, Bloomberg reports.

Traders had been holding out for a fresh increase on Thursday, October 22 after policy makers hiked rates at their previous meeting. The currency’s slump of more than 2% -- the biggest decline in emerging markets -- underscored their disappointment as the lira weakened toward 8 per dollar.

The Monetary Policy Committee left its key one-week repo rate at 10.25%, a decision forecast by just two of 27 respondents in a Bloomberg su...

Turkish lira drops to record low after US sanction threat, row with France