US invites Armenia to democracy summit; but not Azerbaijan and Turkey

US invites Armenia to democracy summit; but not Azerbaijan and Turkey 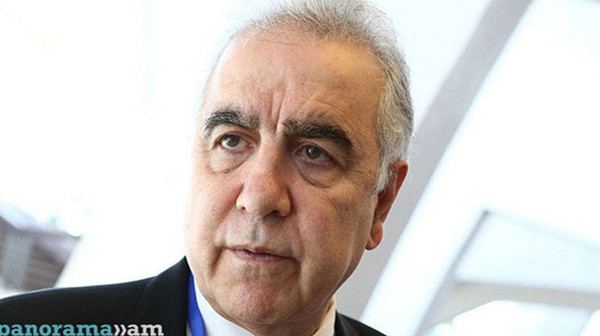 The White House announced recently that it has invited over 100 countries to a virtual ‘Summit for Democracy’ on Dec. 9-10.

Among the invitees to the Summit are Armenia and Georgia, but not Azerbaijan and Turkey which are dictatorships. Interestingly, the latter two countries did not complain about their absence from the Summit until they found out that Armenia was invited.

The White House announced that President Joe Biden has said: “the challenge of our time is to demonstrate that democracies can deliver by improving the lives of their own people and by addressing the greatest problems facing the wider world.” The President “has rebuilt our alliances with our democratic partners and allies, rallying the world to stand up against human rights abuses, to address the climate crisis, and to fight the global pandemic, including by donating hundreds of millions of vaccine doses to countries around the globe.”

The White House announcement also stated that this Summit is “to be followed in roughly a year’s time by a second, in-person Summit. The virtual Summit, to take place on December 9 and 10, [2021], will galvanize commitments and initiatives across three principal themes: defending against authoritarianism, fighting corruption, and promoting respect for human rights. Following a year of consultation, coordination, and action, President Biden will then invite world leaders to gather once more to showcase progress made against their commitments. Both Summits will bring together heads of state, civil society, philanthropy, and the private sector, serving as an opportunity for world leaders to listen to one another and to their citizens, share successes, drive international collaboration, and speak honestly about the challenges facing democracy so as to collectively strengthen the foundation for democratic renewal.”

After the White House made this announcement, a heated discussion broke out as to why certain countries were invited to the Summit, while others were not? Obviously, this Summit is intended to form a coalition led by the United States against its rivals, China and Russia. Do some of the invited leaders have any concerns about being viewed as “pro-Western” and “anti-China and Russia?” This is a particularly sensitive issue for Armenia which has strong military and economic ties with Russia, and is in the process of establishing closer relations with China. How will China and Russia view Armenia’s participation in such an adversarial Summit? Prime Minister Nikol Pashinyan, who has accepted the U.S. invitation, has to give serious thought to the negative Russian reaction for his participation in such a Summit. However, the refusal to participate would also have consequences with the United States.

While Armenia welcomes its invitation to the Summit for Democracy, Pashinyan has regrettably regressed from his initially-declared democratic values by harassing or jailing protesters, muzzling the media, and taking unilateral decisions without any input from the public or even those in his ruling circle. For someone who came to power by espousing democratic ideals, Pashinyan bizarrely campaign...

Biden requests Armenia at Summit for Democracy, Azerbaijan and Turkey not invited

Azerbaijan is trying to make a jungle of the region – Pashinyan

Statement by Edward Nalbafndian, Minister of Foreign affairs of Armenia at the Committee on Foreign Affairs of the European Parliament (video)