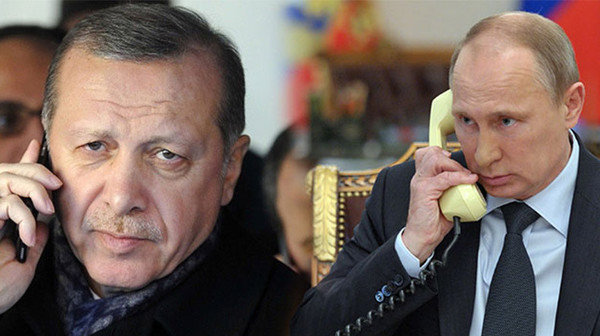 "On July 31, President of the Russian Federation Vladimir Putin had a telephone conversation with President of the Republic of Turkey Recep [Tayyip] Erdogan. The emergency situation that arose due to forest fires in Turkey’s southern regions was discussed. The importance of cooperation between the two countries in combating that natural disaster was highlighted," the report said.

"Vladimir Putin reaffirmed that Russia would continue to provide comprehensive assistance to Turkey in extinguishing the fires. Recep [Tayyip] Erdogan thanked him for the substantial support that has been provided," the press service added.

The two presidents also discussed in detail pressing issues related to Russian-Turkish multifaceted cooperation. "[They] spoke highly of the ...

Azerbaijan, Turkey must be held accountable for bringing jihadists to our region – Armenia President