Azerbaijan is preparing for a new war - Edgar Elbakyan

Azerbaijan is preparing for a new war - Edgar Elbakyan 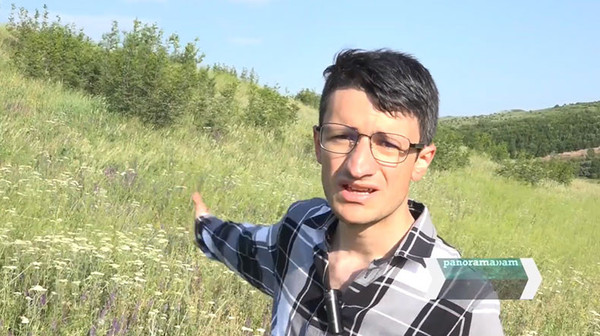 "If Armenia's de facto authorities agree to sign the second capitulation agreement on delimitation with Azerbaijan based on topographic maps of the General Staff of the Soviet Union, we will have new territorial losses, violation of our dignity and an identity crisis," Co-Founder of "Armenian project" scientific-educational NGO Edgar Elbakyan told reporters during the trip to Tavush province. In Elbakyan's words, in case of these negative developments, the enemy will get three enclaves - Sofulu, Barkhudarlu and Upper Voskepar.

"If these settlements are surrendered and the contact line is moved further into the territory of Armenia, it would cross near the Holy Mother of God Church of the 7th century, while Voskepar village will be circled by the enemy border. Moreover, the 2-km long section of the highway, connecting Armenia with Georgia, will also fall under the control of the enemy," said Elbakyan.

The expert went on suggesting that in that case the population will migrate from Voskepar village amid lack of security guarantees. Moreover, the village will face shortage in irrigation water as it receives water from Upper Voskepar. Two houses from Kirants village may also be handed over to the enemy, as those are part of the enclave, while Acharkut village will occur in a blockade.

Political scientist: Unlike Treaty of Moscow, Treaty of Kars states that territory of modern-day Tigranashen belongs to Armenia

Armenia’s Pashinyan: We cannot prepare for peace if Azerbaijan is preparing for war

NGO head: Victims are a result of Azerbaijan’s criminal policy

Armenia ‘on the brink of war’, political analyst warns

Armenian MP: No alternative to ‘rehabilitation’ of allied relations with Russia