IAGS: Turkish-Azeri aggression is a threat of continuing Armenian Genocide

IAGS: Turkish-Azeri aggression is a threat of continuing Armenian Genocide 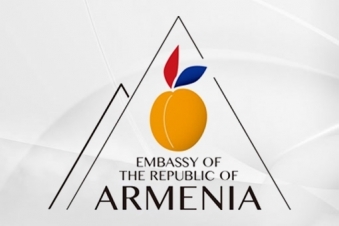 PanARMENIAN.Net - Turkey's direct involvement in Azerbaijan's aggression against Nagorno-Karabakh and the country's bellicose rhetoric constitute a direct threat of continuing the Armenian Genocide that began in 1915, according to a statement by the International Association of Genocide Scholars (IAGS).

"The Shushi Holy Savior (Ghazanchetsots) Cathedral, was severely damaged after two deliberate air raids conducted by the Azerbaijani military on October 8 and 9. This is not only a violation of the 1954 Hague Convention for the Protection of Cultural Property in the Event of Armed Conflict and its two (1954 and 1999) Protocols, but also a part of policy of the cultural genocide that the Azerbaijani government has been implementing over the past 30 years by systematically destroying the Armenian historical heritage, including thousands of ancient Khachkars (carved cross stones) in the city of Djulfa (Nakhichevan). It is well established that cultural genocide is clear evidence of the existence of a special intent to commit genocide," the statement reads.

"Direct Turkish involvement in the decades-long conflict is no longer a threat that Armenians in Artsakh, Armenia, and Turkey have had to fear, but a fact that threatens to annihilate Armenians in Artsakh and beyond. A recent statement issued by the Turkish president, Recep Tayyip Erdogan, read that they, Turkey, were going “to continue to fulfill the mission of their grandfathers, which was carried out a century ago in the Caucasus”. This constitutes a direct threat of continuing the Armenian genocide that began in 1915."

Turkey officially and continuously denies the Armenian Genocide, but various officials, including the current president, have repeatedly hinted that Turkey is ready to once more "give a lesson" to Armenians, and that the “deportation” of Armenians in 1915 was the most appropriate decision at the time. “Armenian” is a commonly-used curse word in Turkey, and “leftovers o...

Azerbaijan, Turkey must be held accountable for bringing jihadists to our region – Armenia President