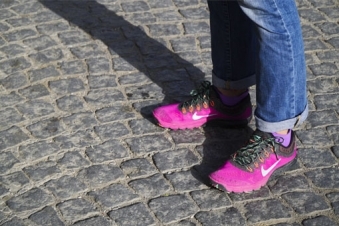 The app includes 10 styles of sneakers from Nike, Adidas, New Balance, Puma, Under Armour, Vans, Asics, and Belarus-based Lidskie, with most styles offering customers two to four color options that users can swap out instantly while viewing the digital kicks. When customers settle on a shoe they like, the app helps them find it directly from the shoemaker's online store.

Wanna Kicks is now available for iPhones and iPads via the App Store, with an Android version arriving later in 2019.