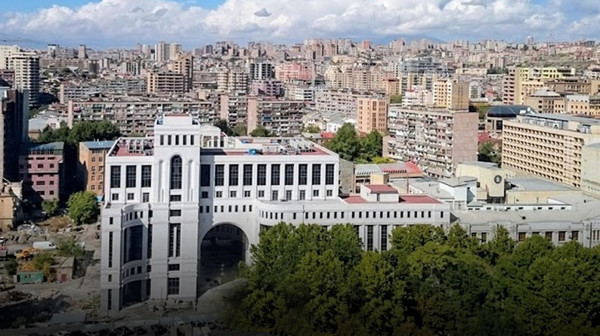 The heads of the relevant diplomatic missions were invited to the Armenian Foreign Ministry with regard to the participation of the diplomatic representatives of some countries in the visit organized by the Azerbaijani authorities to the occupied territories of Artsakh (Nagorno-Karabakh) on July 9-10, the ministry said in a statement on Tuesday.

"The ambassadors have been handed over note verbal addressed to the respective governments, wherein it was particularly stated that the Republic of Armenia considers utterly unacceptable the visit of diplomatic representatives accredited in Azerbaijan to the occupied territories of Artsakh, including Hadrut and a historical center of Artsakh - Shushi: regions which were ethnically cleansed and their population was a subject of war crimes and other mass atrocities committed by Azerbaijani armed forces during the recent aggression. It was emphasized that by arranging such events the Azerbaijani authorities are trying to legitimize the aggression against the people of Artsakh and to strengthen their own claims of having resolved the conflict by force.

"During all the meetings, it has been underlined that the involvement of diplomatic representatives in su...