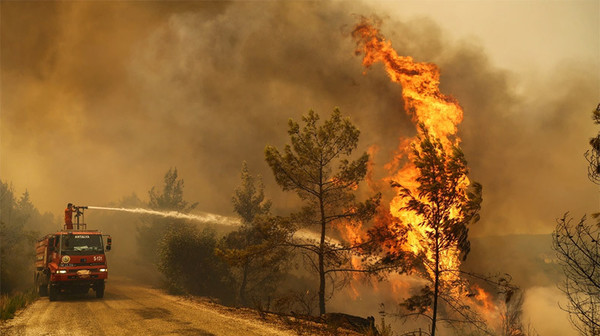 The death toll from wildfires on Turkey's southern coast has risen to four and firefighters were battling blazes for a third day on Friday after the evacuation of dozens of villages and some hotels, Reuters reported.

More than 70 wildfires have broken out this week in provinces on Turkey's Aegean and Mediterranean coasts as well as inland areas, President Tayyip Erdogan said, adding that 14 were still burning.

Planes from Russia and Ukraine helped battle the flames and another from Azerbaijan was joining them. "As of midday, with the arrival of the planes, we are turning in a positive direction," Erdogan told reporters after Friday prayers.

Expert: Wildfires in Turkey may also pose a threat to Armenia

4 people detained in Greece for looting amid wildfires