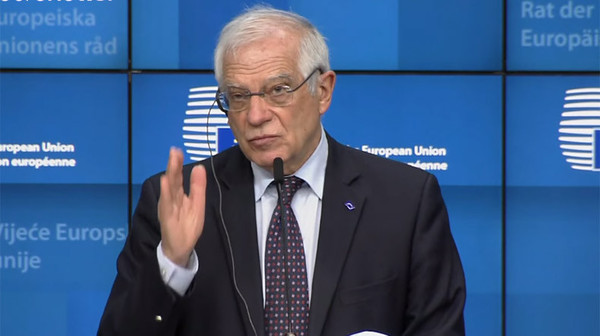 EU foreign ministers on Monday agreed to prepare sanctions on four senior Russian officials in a mainly symbolic response to the jailing of Kremlin critic Alexei Navalny, according to EU diplomats, France 24 reported.

The decision followed a meeting of ministers from the 27-nation bloc in Brussels that included a wide-ranging videoconference with new US Secretary of State Antony Blinken.

The political agreement was reached after France, Germany, Poland and the Baltic states urged the bloc to send a message to President Vladimir Putin that debate and protest must be allowed in Russia.

The ministers asked foreign policy chief Josep Borrell to finalise the list of names of individuals to be targeted, but no oligarchs would be included, a senior diplomat told AFP.

Moscow surprised with Borrell’s evaluation of his visit to Russia